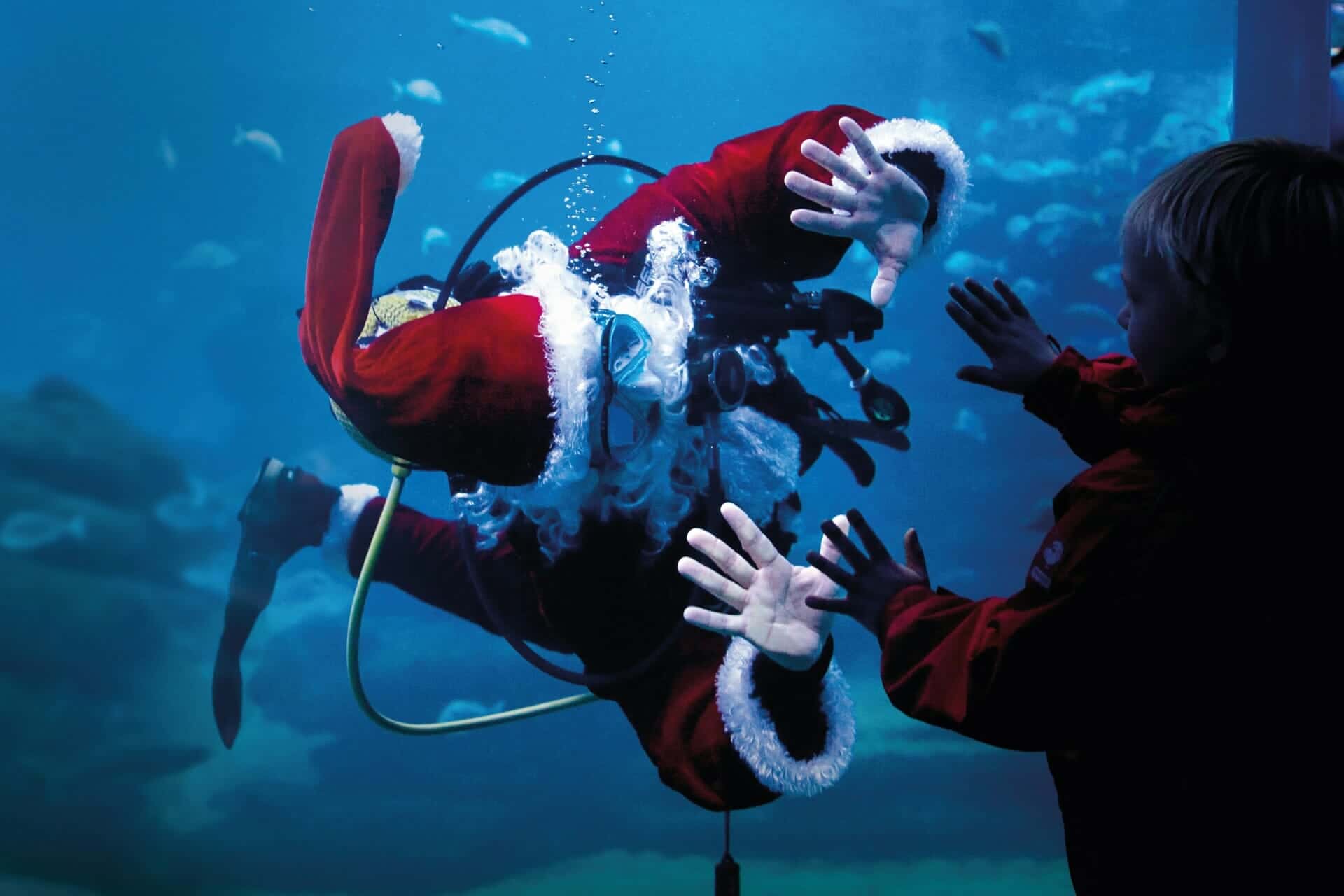 This Christmas we bring the stars closer to you

During the festive season, visitors will be able to enjoy novelties, activities and the presence of Father Christmas and Their Majesties the Three Wise Men from the East. A very varied offer for those who are looking for a different way to enjoy the Christmas holidays. In addition, between 23 December and 9 January, we are extending opening hours to ensure fun during this period.

As a novelty, this festive season we are launching Planetarium, a new immersive film for all audiences that will take place in the Aquadome, the largest dome in the Balearic Islands.

A unique experience in which we bring you closer to the stars on an interplanetary journey, where you can explore different planets within our solar system and discover the best known constellations that are assigned to water as an element such as Pisces and Delphinus among others.

Special promotion for advance purchase for residents of the Balearic Islands. The ticket price, including Planetarium, will be 19 € adults and 13 € children. (Proof of residence is required by official document).

Santa Claus and the kings visit the sharks

From Thursday 23rd December until Christmas Day, Santa Claus will visit the marine park every day to feed the sharks and greet the children of the island. This event will take place every day in the Big Blue, the deepest shark aquarium in Europe, at around 1 p.m., after putting on his fins, taking his scuba tank and putting on his mask.

From 27th December, their Majesties the Three Wise Men will take over, and every day a Wise Man will be in charge of feeding the inhabitants of the Big Blue, up to and including 6th January.

Christmas workshops and other activities

For this festive season we have prepared a craft workshop to make ornaments for the tree in the Nautilus classroom, just before going out into the gardens. An activity in which the children can express their creativity with their own hands while having fun and they will be able to take their ornaments home with them.